Honoring Our Veterans With Action

Veterans Day is a complicated day of remembrance for me. As a veteran, I know the importance of honoring those who have served our country. So I want to start by saying thank you to the men and women who have served in all capacities. That service requires great sacrifice, including time away from loved ones and putting your life on the line.

But as we thank those servicemembers who have returned home, we must also acknowledge the reality that just because soldiers are home, that does not necessarily mean they are safe. Coming home after a deployment is often the easy part. Transition to civilian life can be hard and unforgiving.

Without adequate support, the physical and emotional trauma suffered by so many service members can make returning to “normal” life feel impossible. That is part of what is driving an epidemic of suicide among veterans.

A recent report found that an average of 4,200 veterans die by firearm suicide each year. That works out to about 11 deaths a day. Nationally, veterans account for approximately one in five firearm suicides.

And the numbers aren’t getting better. In fact, the veteran firearm suicide rate has increased dramatically over the last decade. Between 2005 and 2017, the rate increased roughly 33 percent. 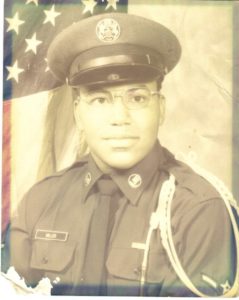 I served in the U.S. Air Force for 21 years and dedicated the rest of my career to serving veterans, first at the VA and later founding my own organization, Vets Place Northwest-Welcome Home. I have seen firsthand the challenges facing our veterans.

I know that the causes of suicide are as varied as the solutions. But research tells us that one easy, effective, concrete thing we can do to combat this problem is to prevent easy access to guns. Because in a moment of crisis, access to a gun can literally mean the difference between life and death.

That is why I am proud to work with the Alliance for Gun Responsibility to pass commonsense safeguards to help prevent firearm suicide, from the safe storage provisions included in Initiative 1639 to the voluntary waiver program to Extreme Risk Protection Orders.

We owe it to our veterans to continue this work.

— Ray Miller is a retired U.S. Air Force Veteran, husband, father and grandfather. He lives in Marysville with his wife Jennifer.

We have become all too familiar with what can happen when white supremacist hate is fueled by a gun. El Paso, Pittsburgh, and Charleston...